CEO of the successful Sliced Note Recordings and Jungledrumandbass.co.uk  shes a double award winning national and international dnb and jungle DJ and Producer.

18 years now, as a national and international DJ and Producer, shes played over 650 clubs, pubs, silent disco's, boat parties and festivals from Scotland, Europe and briefly touring the USA - tearing the roof off at Barnyard Boogie in Chicago, she has played Denver and Reno Nevada, headlining numerous sell out events accross the world. No stranger to heaving dancefloors, as far abroad to Asia, her clear love for keeping people dancing into the early morning is well documented. Her music has appeared on labels such as Viper Recordings, played on BBC radio by Friction and 2019 saw solo releases storm on Formation Records and Bass Legion. With tracks alongside The Ragga Twins, Cutty Ranks, Bellyman and her "Spice" remix of Bad Influences track on Vengeance being the highest selling track on the album, her music production is recognised worldwide. From working with MC Navigator on the successful Renegade Riddims mix to playing on Marcus Nasty Rinse FM show with Harry Shotta - to headlining massive New Years Eve shows in Germany with Skibadee to promoting shows with DJ Phantasy, shes also been a guest judge for Random Concepts DJ & MC competitions alongside IC3, she reguarly guest speaks at events talking about mental health, music and production.

Not just an exceptional and experienced DJ, she has built an international music carreer as a multi award winning DJ and producer. Random Concept hail her as "One of the most successful female artists" and her headline status on flyers and guest radio shows present a vibrant DJ with potent energy. Vinyl releases featuring the legendary Ragga Twins led to several further releases picked up by the mighty Viper Recordings.

She was given opportunites to remix some huge legendary tracks such as Black by DJSS (1995) (Silent Code 2014 remix) and further jungle releases on Formation Records.

From departing the Silent Code duo in 2014 with over 25 releases, she has continued a solo production career and pushed her own imprint Sliced Note Recordings. Her solo 2016 remix of Bad Influence's "Spice" is recorded on Juno download as the biggest selling track on the Hustlin Allstars 14 track album.

2017 saw her continue on her solo music productions alongside a massive 3 track collaboration entitled "A Moment Of Silence EP" released June 2017 on SNR - supported by A list artists globally.

With a huge summer slammer "Another Dimension" featuring Bellyman on DJ SS's label Formation Records, the track has had support from DJ Hype on Kiss FM. Her track entitled "Control"  has a forthcoming release on Bass Legion Records October 2018, and she is cementing a statement through her music. A further solo track entitled "Bad To Da Bone" alongside the legendary Cutty Ranks is a full on vocal onslaught for his forthcoming jungle album later in the year, showing she continues good fortune from talent in the music industry. With her being familiar to A list support, her music being played on Radio 1 by Mr Jam (Twisted World Joe Nebula Rachael Wallace Silent Code Remix) on his new music show, featured on UKF, the success grew as she has also had 3 tracks as Silent Code on the massive EA Games "Need For Speed" Most Wanted 2010 racing game. This went on to have international success with over 15 million copies sold worldwide. The 3 tracks - Night Train, East Star and Spellbound including her own vocals, were up alongside music from Muse, The Chemical Brothers, Madeon, The Who, DJ Fresh, Dizee Rascal, Deadmau5, Skrillex, Calvin Harris, Green Day, The Prodigy and many many more.

She has headlined numerous European cities in Germany with Skibadee to Prague with brimming numbers at the world famous Cross Club (Czech Republic) and has played Slovakia Bratislava, returning to headline tours in Rome and Naples in Italy.

After being flown accross the other side of the globe to Asia, headlining intimate 400 capacity events in Seoul, she featured on international Radio shows with Venus Robertson being flown across to Taiwan. The worldwide exposure has led to her most notable event of a 5000 attendance outdoor festival where she headlined alongside a talented local team of DJ's on the island of La Palma.

Formerly credited on releases as Aliina Mayes, Missrepresent featured in DJ Mag as DNB’s top ladies. Knowledge Mag's "Give Em Props" publicised her further and she now holds 2 awards from the "We Love Jungle" awards in London voted as "Best Female Jungle DJ" and in 2016, picking up the "Best Female Artist" award at the O2 London, Building Six from the National Drum and Bass Awards.

No stranger from endorsing products, 2016 saw her endorsing True Vision and Fabtronic. She has been picked up by several sponsors over her career, clothing sponsors included Fly53.  From being on the Henley Designs Ecler and Ortofon Pro DJ Team alongside DJ Friction (Radio 1), Urban Nerds and Futurebound which also saw her DJ'ing 2 years consistently at Europe’s biggest DJ Performance show, BPM held at the NEC, Birmingham UK she is now endorsing Pump Audio earphones VMAttire and Junglist Soljah.

Her own unique quick mixing and vinyl manipulation skills swept her to headline status 18 years ago as she played accross Europe. The Wagon Club (Poland), Club Cube (Lodz Poland), Porto Play DnB (Portugal) and Lisbon (Portugal), had her launched into the spotlight playing further massive headline sets in Bremen and other parts of Germany. Numerous 2000 capacity events in Hamburg had her back to play with promoters in Augsberg, Manheim and Hannover headlining her. Copenhagen promoters spotted her and deeper parts of Europe gave her further exposure where she went on to globally DJ at packed out drum and bass events.

Her AftershockRadio events over the Midlands took Europe by storm, from it's humble beginnings to receiving a nomination for Best Internet Radio Station 2 years consecutively. ASR featured at massive events such as the like of Valve Bedlam, Desire London, High Rollers Swindon plus co-promoting nights at The Mass nightclub in Brixton London and SE1. More press followed for Missrepresent, interviews with SoGlos, Gloucestershire's No1 music hub and Guest Residency’s on Radio Cardiff alongside DJ Kallista, which also included quarterly requests for live mixes and interviews, and she has continued a relationship with Random Concept where she was part of the judging team for the DJ and MC finals for the Random Concept Academy. The Global Energy Weekender with Random Concept saw her DJ with Garry K alongside Eksman and she was invited back to judge in the finals of RC Academy's Dj & Mc competition for a second consecutive year, with MC IC3, Garry K and Pressure again.

The schedule of gigs doesn't just stand with her headlining. From being the main support for Pendulum (Tramps Worcester), to Fabio and Grooverider (Santapod) and Sigma, she has also been support on Outlook Festivals DNB4Life warm up, Symmetry Festival and hundreds more.

Not just an international name, Missrepresent packs out the most underground venues in the UK at home. From Wales (Big Bad & Heavy) to Scotland's Jungle Nation, she is a popular choice with promoters who consistently get her back on line ups for the enegry, crowd reading skills and experience she brings. After being booked for Renegade Hardware's 'The Final Chapter' in the 2016 closing party, her techy tear out drum and bass set alongside J Swif drew people in within minutes. The room flooded with people dancing, proving she is undoubtedly one of the most versatile drum and bass DJ's around.

Missrepresent set's has her mixing jungle up with new school flavours, so is popular with festival promoters, headlining the drum and bass tent for 2 years at Strawberry Fields UK. Party In The Pines has seen her back for the 3rd year running now and her distinctive mixing skills have seen her grace DJ Mag's live stream in 2016 and again for 2017 with DNBHQ.

If you've caught one of her sets either live or online, you will understand her success. Currently on Nexus 2000 CDJ's, she has extensive experience over the years working with MC's such as Skibadee (NYE Germany) or Harry Shotta (Taboo Breakz Festival), Eksman (Coventry and Global Energy Weekender for Random Concept), IC3 (Epidemik Fire London 2017) and can slam out epic dancefloor jump up sets. Adapting to also playing all ragga jungle sets with no MC's, her Jungle old skool sets are also a favourite on her bi-weekly Kool London radio show, supporting up and coming talent alongside dnb's A list. 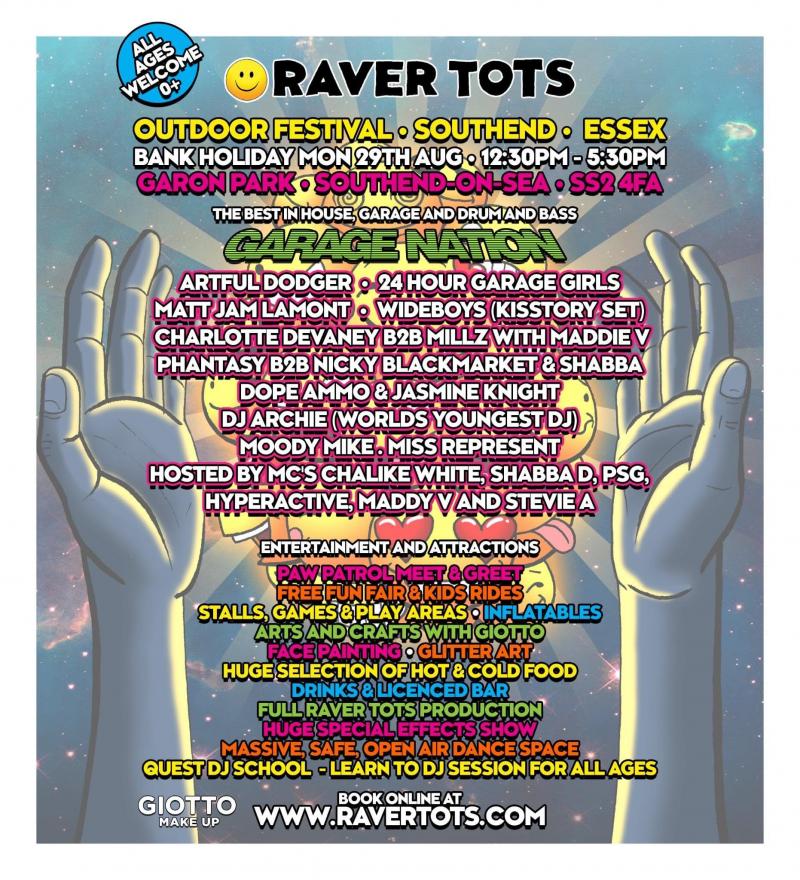 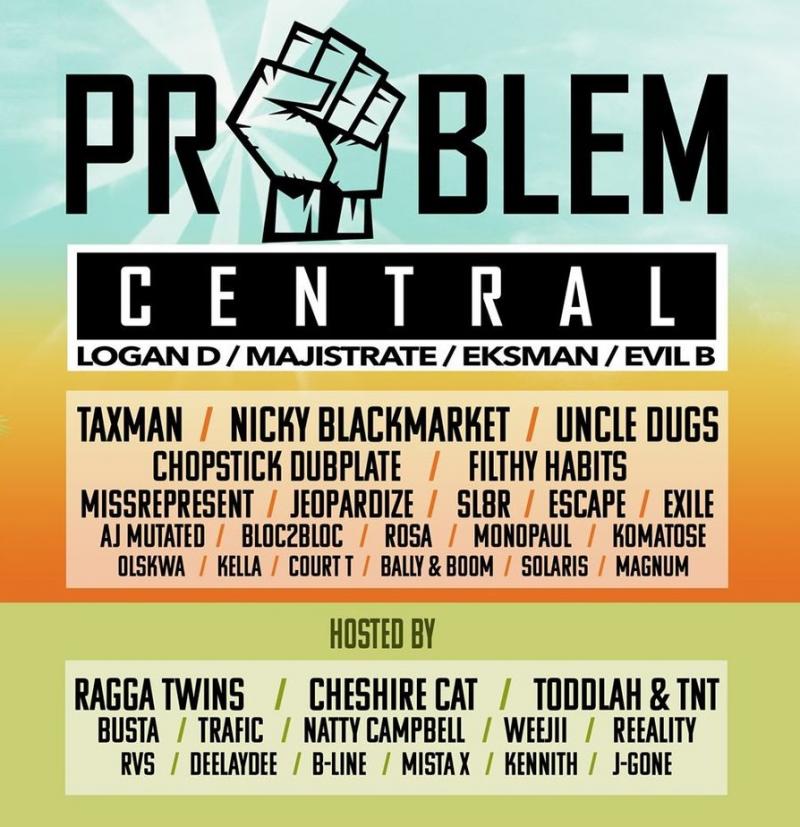 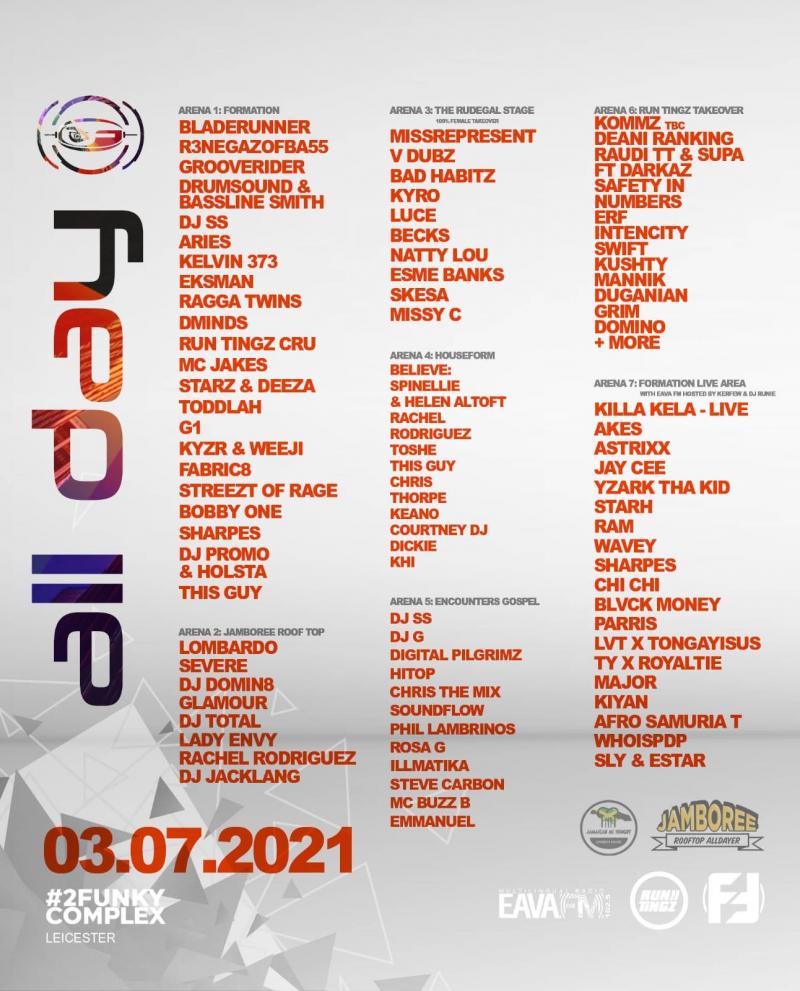 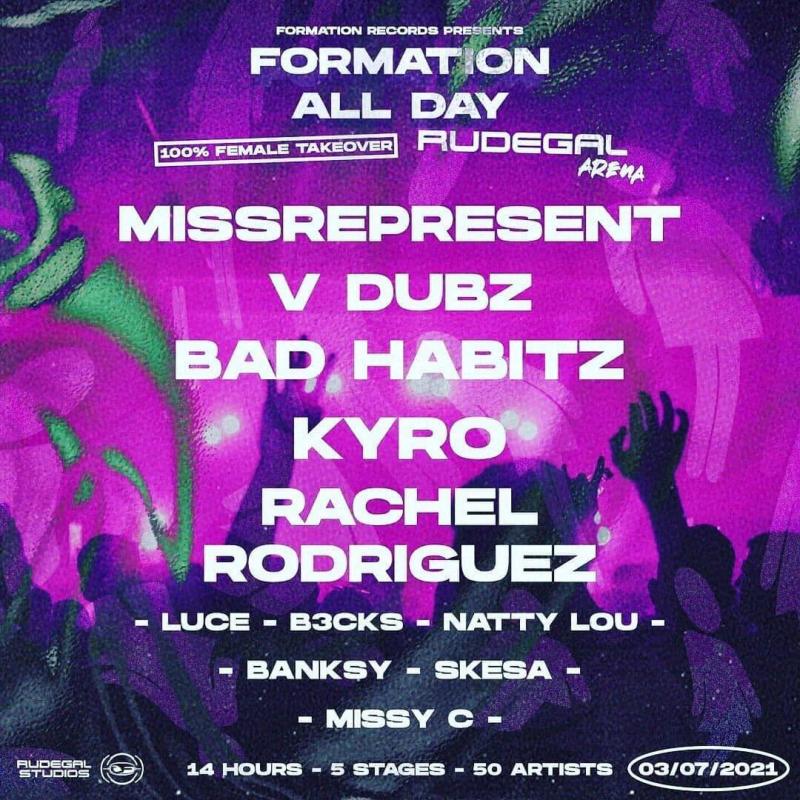 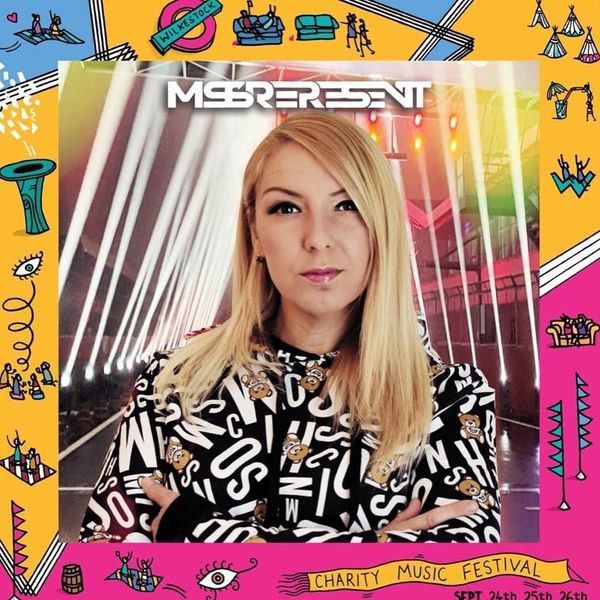